What’s in a name? The farce of Dutch democracy 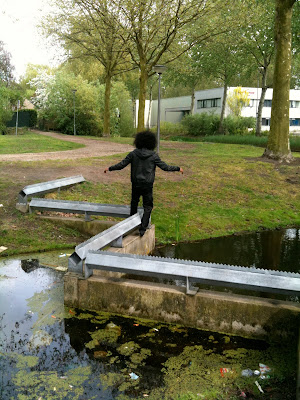 The liberal party got the majority of votes on the edge, last elections in the Netherlands. (One chair in parliament) The liberals are called VVD, Volkspartij voor Vrijheid en Democratie (Peoples party for Freedom and Democracy).

Under the flag of democracy Mark Rutte, leader of the VVD, is now forming a right wing cabinet with the biggest loser of the elections: CDA. CDA means Christian Democratic Appel.

A good thing one would think: Christians and democrats who strive for freedom.

The two lack chairs in parliament, together they form a minority. That is why they close a deal with the Party for Freedom (PVV). Ironically, the PVV wants to ban freedom of religion, when the religion is called Islam. It wants to prescribe the clothing citizens are allowed to wear. The PVV forbides books. It strives towards a tough immigration policy and cutting development funds. Looking at the program, even with a magnifying glass, one can not find one splinter of freedom in this extreme right club.

So we have a bunch of Christians, freedomproclaimers and democrats who have one goal and one goal only: power. They abuse words and laws and distort truths. The left side of politics rests, baffled in silence and decent behavior. And we, Dutch sheep, are stupid enough to accept this.

Beware: democracy is arithmetic. The ones that can count up to 76 are ruling. Dictators window dressing as democrats are no longer reserved for developing countries.
Gepost door Caro Sicking op 04:02 Geen opmerkingen: 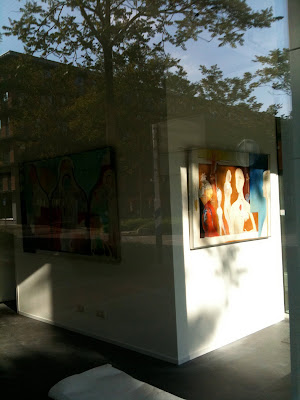 Image: Habsburgers in the window 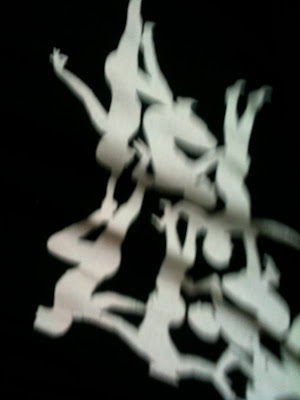 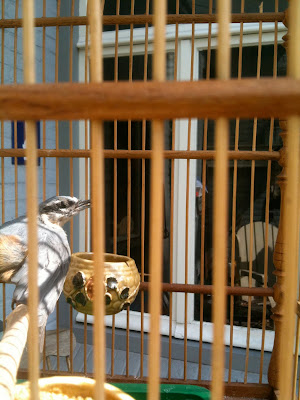 ‘What is the cat doing?’ At the same time my friend asks the question, a cry comes from the sky. A magpie flutters. We hear the sound of her wings. Monty, our red haired European cat, ticks with her paw against something on the sand. The something moves. It has small wings and lies on its back. The small greyish bird with a very long and sharp beak seems to have broken its wing. I take it in my hand and we go to the vet. 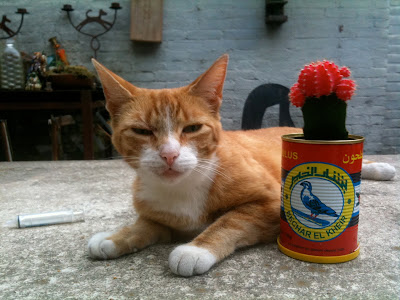 ‘Wow, a baby kingfisher! This is a rare bird. Maybe, it can be saved. The wing is not broken, but he is hurt.’ She shows the wounds underneath the lamed wing. It lost feathers too.
Back home the kingfisher seems a bit better. He drinks and eats the flies we catch and the small amount of fish we put in his nursery. The whole family is busy caring for the tiny animal. The cat is curious. She creeps around the cage. Sits down mesmerized, looking for an opportunity to gormandize her stolen meal. Snitsel is fascinated by the jumping bird. The Border collie joins the cat in awe. She is his teacher and he already knows how to catch mice. Swallowing a bird will be a new experience. But we took measurements; neither of them can get close to the bird. 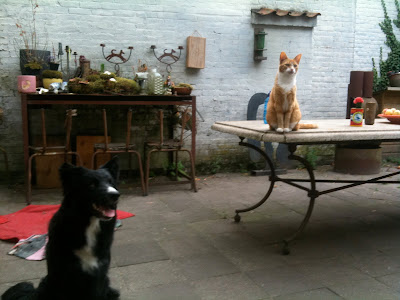 Before we bunker in our beds, we see the kingfisher sitting on the bottom of the cage. Head into feathers. It doesn’t look good. We decide to let it rest. Our baby kingfisher took these words literally. This morning we found him dead in the cage. The cat is indignant: she lost out on a good meal for nothing.
Gepost door Caro Sicking op 03:09 Geen opmerkingen: 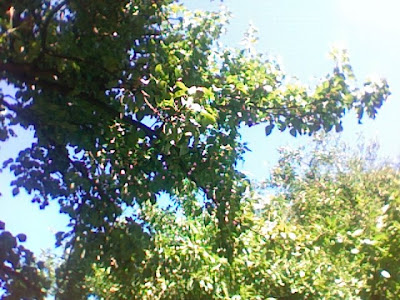 We sit in the garden. Birds have breakfast, eating the fallen apples. Laptops in the ready. A friend pops up at Facebook. We never met him in real life. He lives in another country and actually he is a friend of a friend. They used to play together.

The virtual friend is giving shows in the South of Europe. He just returned from his country of birth. There he found important information for us. He wants to share it.

In Syria, government officials try to censure Internet, as in China, Ethiopia and a bunch of other dictatorial countries. But the Internet is like a bird, flying across borders to pick the apples it needs for breakfast.

Our Facebook friend just sent us a basket filled with fresh apples. Soon you can read what fell down this morning.
Gepost door Caro Sicking op 01:44 Geen opmerkingen: 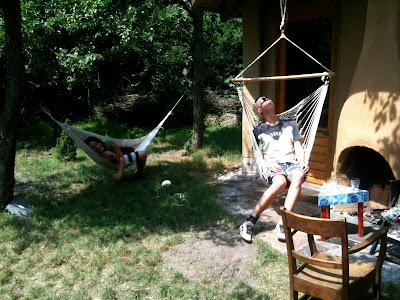